As usual, click on an image for a better view, then the Back button to return to the blog.

My friend and mentor, John Moran, was in my neck of the Florida woods recently and we had some great shooting days.

First stop was to be a stretch of the Florida trail off Wakulla Beach Road, but I ended up driving past the trail to the coast to see the 'big sky' and marsh in the nice morning light. The beach was crawling with fiddler crabs... way more than usual. So we spent a few hours photographing them. 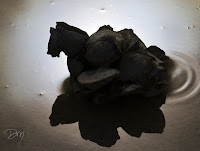 One particularly patient fellow was conscripted to be our model for some creative lighting shots. He clung to an oyster-covered rock, while we flashed flashes and zoomed in. John is determined to make me a better flash-user (I'm quite the novice)... this session really fired me up to learn more.

We got to the trail head in time for a quick late lunch, where we also fed the myriad mosquitoes with our blood. Tropical storm Fay left flood waters and the worst mosquito outbreak in years as her legacy. A little DEET helped. We biked the first mile. Then hiked the rest of the way to Shepard Spring.

The trail was muddy and often had standing water. A finger of marsh across the trail stopped us for another couple hours while we photographed the swamp mallow flowers, and sundry bugs and frogs of the wetland. By the time we were passing through the Cathedral of Palms, we were exhausted and thirsty, so upon arrival at the spring,

all we could do was peel off the sweat and DEET-soaked clothes and take a rejuvenating dip.

Sunset was approaching as we arrived back at the car, so what else could we do but zip down to the big-sky-beach again.

We witnessed the beautiful light over the Gulf and marsh, made a few more images, and headed for home and a late dinner.

Very early the next morning, I took John to my old home on Lake Bradford (Leon County). For over 20 years I explored by canoe and kayak the chain of lakes that drains into the big lake, watching it cycle through fall and spring... floods and droughts.

I had my favorite secret ponds in the middle of the cypress swamps and hold dear many memories of adventures with my children growing up there.

As we paddled back into the Apalachicola National Forest lands, I was initially disappointed to find an overgrowth of dog fennel choking the formerly beautiful cypress passages.

But soon we passed into the clear swamps and ponds of tannic water and majestic cypress trees. Fay had refilled this system to perfect levels for access by canoe and kayak. The trees stood as sentries, reflecting their buttressed trunks across the dark waters. 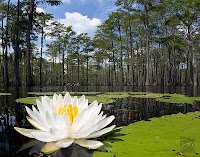 We found a patch of lilypads and one water lily in one little clearing. Nearby, John found a garden spider - a plain name for a jewel of an insect- strung between two not-so-close cypress. We marvelled at the making of such a web and John gave me more lessons on off-camera flash and composition.

As we parted ways that afternoon, my head buzzed with excitement from our adventures (or was it the drone of mosquitoes?). Hope you can get a feel for these wilds of North Florida from my photos. And thanks for coming along via my blog! dm
Posted by David Moynahan at 3:19 PM 1 comment: 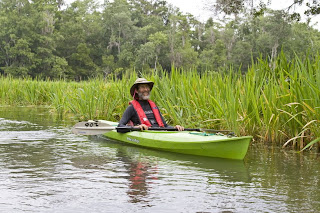 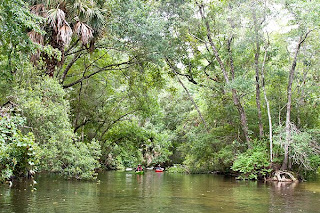 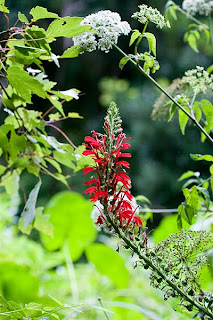 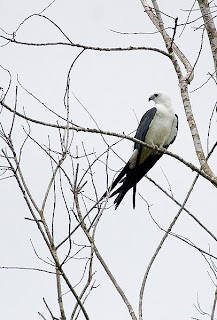 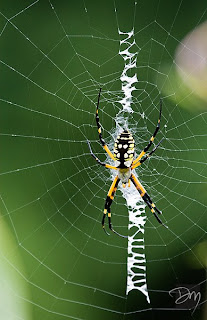 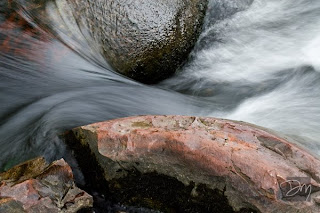 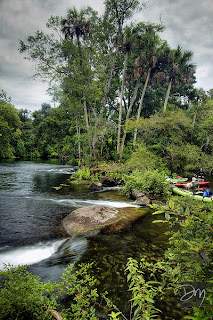 Click on photos for a better view, then your Back button to return to this blog.

Irwin came up with the idea: paddle down the Wacissa River from a popular launch site at Goose Pasture... but this is the put-in for the Slave Canal paddling trail?!


After the Slave Canal branches off to the right, the Wacissa-River-proper divides multiple times and fades into 'the braided swamp'. Stories of paddlers who MISSED the turn into the Slave Canal -- getting stuck, finding their way back to Goose Pasture after dark, losing their way, needing rescue -- swirled vaguely in my memory, as I said "yes, I'd love to go."


As we paddled down the open Wacissa, marveling at the giant cypress, wild rice, and wildflowers, Sue asked why this wasn't a regular paddling trail.


Swallow-tailed kites circled over us at our lunch stop as the clear cool water beckoned us to swim. We saw a nest of freshly hatched alligators (where's mom?).


There WAS a stretch of 'braided swamp' where the walls closed in. I put my camera away as we felt our way along, tried several dead ends, and crossed a few downed trees, but it was not so challenging or mysterious as I'd imagined.


What I hadn't imagined was the reward at the end of the swamp: the confluence of the Wacissa and Aucilla Rivers. The clear waters of the Wacissa poured down over huge boulders into the dark tannic waters of the Aucilla. Tall palms stood on the banks over pools and mini-waterfalls.


We hung out there for a long time and soaked it up. Then we paddled upstream along the half mile stretch of the Aucilla to the landing where Irwin's truck awaited.


Rain was lightly falling by then and the limerock bank glistened against the tea-colored water. I made one last river photo and promised I'd be back. 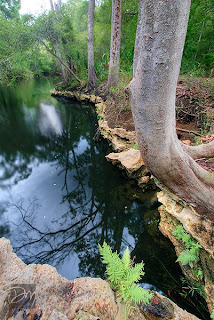 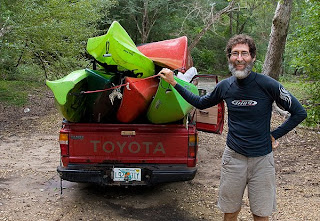